E-Z UP has established a sponsorship with the Scott Free Racing team, based out of Sarasota, Florida, that includes a custom pit setup featuring the new E-Z UP® Endeavor™ shelters. Scott Free Racing is a family-operated offshore racing team that includes the father-son duo of Steve Kildahl on throttles and Stephen Kildahl as the driver. The team joins the growing list of brand ambassadors who represent E-Z UP as the No. 1 choice of Instant Shelter® products in the world.

“We are looking forward to having the Scott Free Racing team join us as brand ambassadors,” said Araceli Dagdagan, corporate marketing manager for E-Z UP. “The team has won numerous national and world championships. When they reached out for our sponsorship, we knew they would be a great fit for the E-Z UP® family.”

The team’s new custom pit setup displays award-winning custom printing on the new Endeavor™ shelters -- the strongest shelters in the industry with octagonal-leg frames made from aircraft-grade aluminum.

“Our custom Endeavor™ shelters are heavy-duty and stand out for their protection as well as their ability to promote by putting your brand or team front and center,” Dagdagan said.

Stephen Kildahl said he is looking forward to the season with E-Z UP as a sponsor. “We are very excited to partner with a great company like E-Z UP and to be able to demonstrate the strength and durability of their products on the circuit,” he said. “Pop-up shelters are a necessity for keeping our equipment out of the elements in the pit area, which plays a major role in achieving our goal of winning the American Power Boat Association Offshore Series Championship.” 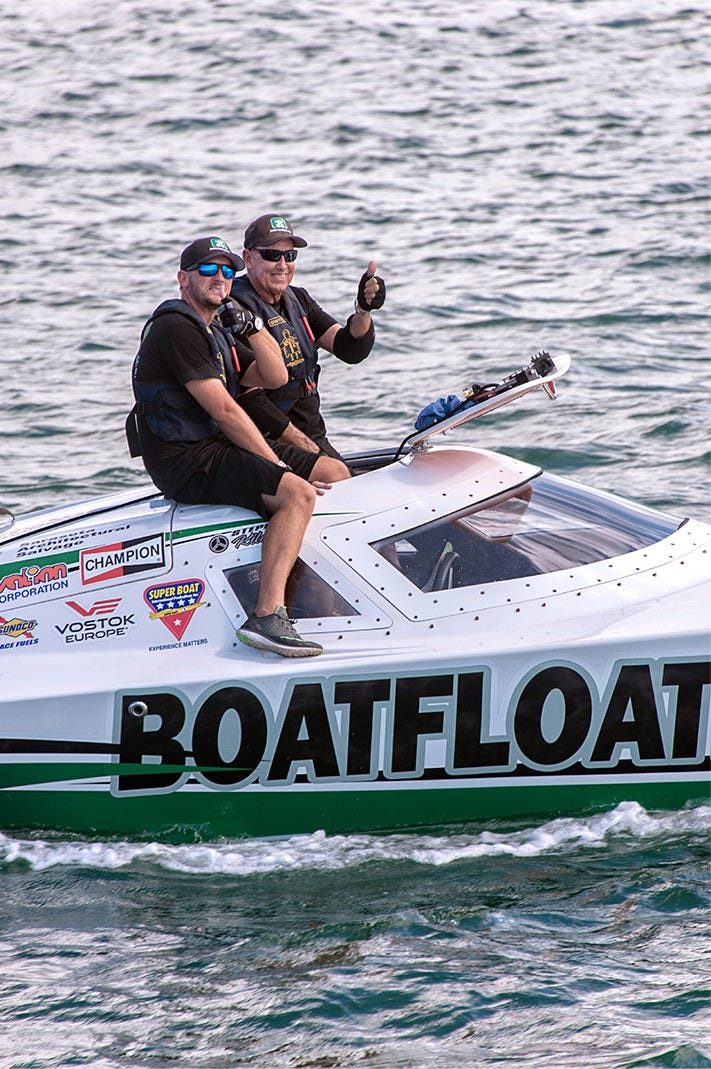 E-Z UP is sponsoring the Florida-based Scott Free Racing team this season.